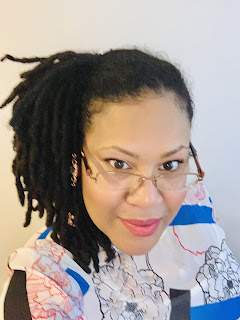 Dr. Vivian A. Laughlin is currently an Andrew W. Mellon/Humanities in Leadership Learning Series (HILLS) Postdoctoral Scholar in the Department of Religious Studies. Her advisor is Dr. Timothy Beal.

Dr. Laughlin in an Ancient Near Eastern Archaeologist and Anthropologist whose background and training spans from Middle Bronze Age through the Roman Imperial Period. However, her specific research and interests are honed to the Hellenistic and Roman periods. Her research explores the continuity and connectivity of ancient Egyptian religion and culture within Hellenistic and Roman religions; and the ruler’s political ploys, which appropriated and, in some instances, created erasure of ancient Egyptian deities east and west of the Mediterranean. The scope of her research showcases material culture used as forms of media that became dynamic tools within the political propaganda of ancient rulers. Her research ultimately exhibits various aspects of how ancient religion helped shape ancient cultures and societies.

Dr. Laughlin has a B.A. in Business Management and Psychology from DePaul University (Chicago, Illinois), a Paralegal Certification from University of Southern Colorado (Pueblo, Colorado), an M.A. in Theology – Intercultural Religious and Cross-Cultural Studies with a minor in Biblical Studies from Catholic Theological Union (Chicago, Illinois), and a Ph.D. in Ancient Near Eastern Archaeology and Anthropology with a cognate of Early Church History from Andrews University (Berrien Springs, Michigan). After receiving her Ph.D. in 2019, she became a Fulbright Israel Postdoctoral Scholar (2019-2020 & 2020-2021) hosted in the Classical and Ancient Near Eastern Archaeology Department at The Hebrew University of Jerusalem.